CEO SleepOut™ houses a suite of five brands in addition to three literature special edition brands. Each brand is dedicated to leading a national movement of socially innovative change by South Africans, for South Africa. Every brand works to create greater empathy and caring for the vulnerable communities most desperately in need of change, ultimately working towards eradicating homelessness. The brands are designed to alter the way people view and participate in fund-raising, while assisting the movement and call to action in gaining momentum. The 2016 defined common cause will showcase how education is eventually the bridge that leads to economic freedom. 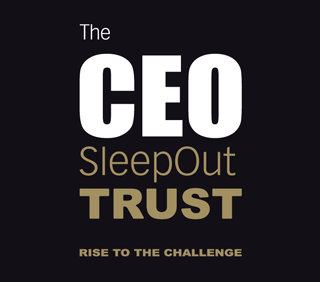 The CEO SleepOut™ Trust’s goal is to receive donations from third parties in relation to The CEO SleepOut™ Events, provide funding and support services, and ensure all funds are disseminated to the appointed Beneficiary Partners with absolute transparency and accountability.

The CEO SleepOut™ Trustees include:

Australian business leader Bernard Fehon started the CEO SleepOut Event in Sydney in 2006. Since then the event’s entrepreneurial thinking has touched communities on a global scale, and events now take place around the world.

Founder and CEO of The CEO SleepOut™ in South Africa, with a strong background in strategic public relations and corporate social responsibility (CSR). She has 20 years of experience working with high-profile leaders and influencers to create “capitalism with a conscience”.

This year, The Sun International CEO SleepOut™ will focus on EDUCATION and its role in helping to reduce homelessness.

Company CEOs and C-Suite members can register to take part in The CEO SleepOut. This year, as these business leaders spend the night on the street, they will “pay forward” the idea of social entrepreneurship to three future leaders; bringing with them a colleague, a student and a matric learner with notable leadership qualities. Together, they will make up the 4Leaders 4Change. They will all Rise To The Challenge and spend the night on The Nelson Mandela Bridge on 28 July, sparking an inter-generational debate about social change.

In order to participate in The CEO SleepOut™, the business leaders must commit to raising R160 000 for our Beneficiary Partners. The funds will be raised in the spirit of paying it forward:

The CEO pledges R100 000 to participate in the event, which is paid forward to their designated colleague nominee.

The designated colleague participant then commits to assist in raising the R50 000 required by the student nominee.

The student assists the matric learner to raise R10 000. The total of R160 000 will then be allocated by The CEO SleepOut Trust™ to the appointed 2016 Educational Beneficiary Partners, who work tirelessly to educate our youth as a means to end the cycle of homelessness. Participating CEOs and C-Suite Members may also be sponsored to SleepOut as supporters can back their chosen CEO with a financial pledge, which will be added to the CEO’s final pledge tally.

Columba Leadership transforms individuals and communities from the inside out, using the ethical values of responsible leadership. They train 15 leaders in a school each year, and then train 150 others through social action. After five years, values-based leadership becomes entrenched in the culture of the school with sustained impact, enabling Columba to exit and move to new schools.

The Steve Biko Foundation aims to restore people to their true humanity. It hopes to strengthen democracy by championing dialogue, scholarships and programmes on the relationship between identity, agency, citizenship and social action, through its work with the youth. 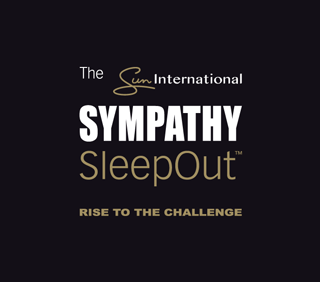 Born out of the number of employees who slept out “in sympathy” with their CEO or managers in June 2015, The SYMPATHY SleepOut™ is a national call to action to all companies.

WHAT IS THE SYMPATHY SLEEPOUT™?

We’re asking employees, colleagues and staff to also SleepOut, outdoors at their office parks, in solidarity with their CEO. Companies can stand as a pillar of support for their CEO, but also as messenger for change, saying they support social improvement. This is The Sympathy SleepOut™; representing the idea that business is coming together as a force for good.

To participate, staff must reach out to their company’s preferred CSI initiative to find out what items they need, from food to clothes, books, blankets and more. They must gather these items, instead of funds, and deliver them to the CSI initiative within two weeks of the event.

Helping to drive the Sympathy SleepOut™ message is Kagiso Media and our Digital Media Partner, CliffCentral.com, who will challenge 250 companies across South Africa to participate.

Last year, employees from Business Connexion, Discovery, IQ Business, Sage Pastel, Sun International and others joined the movement and slept out in support of their CEOs. 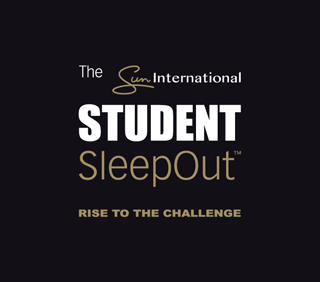 As our current and future business leaders (our 4Leaders 4Change) spend a night on The Nelson Mandela Bridge on 28 July 2016, raising funds and gaining empathy for the homeless at The CEO SleepOut™, we’re launching a national call to action as well. We’re saying that all of #SouthAfricaMustRise in solidarity and commit to creating positive social change for those who need it most. For the first time in CEO SleepOut™ history, that call is being put out to tertiary education institutions across the country, asking them to SleepOut in solidarity at The Student SleepOut™.

WHAT IS THE STUDENT SLEEPOUT?

We’re calling on students – at any public or private tertiary institution around the country – to SleepOut; to spend the night outdoors on their campuses on Thursday 28 July 2016, in solidarity with the CEO SleepOut™ business leaders who will sleep on the bridge, and the student representatives they are taking with them that night. This is The Student SleepOut™.

The Student SleepOut™ participants will also commit to collecting items for beneficiaries of their choice; by identifying either a student and or an institution in need – and gathering the items they need most, from food and books to clothes and stationery. They will deliver these items to their chosen beneficiary after the event.

Kagiso Media are dedicated to spearheading the movement. Supported by the Media Suite Partners, they will help spread the message that #SouthAfricaMustRise, and challenge 250 tertiary institutions to take part. 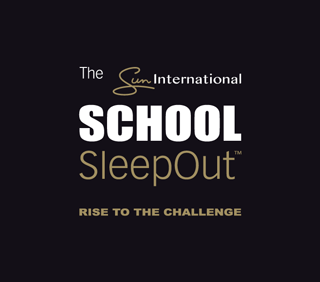 At The 2016 CEO SleepOut™, current business leaders will spend the night on The Nelson Mandela Bridge, along with a colleague, a student and a matric learner with notable leadership qualities. These are our 4Leaders 4Change who will raise funds and gain empathy for the homeless. Alongside the event is a national call to action, saying all of #SouthAfricaMustRise in solidarity, and commit to creating positive social change for those who need it most.

This year, as The CEO SleepOut™ funds will go towards enabling communities through education – the vital step on the road to eradicating homelessness – we’re asking learners and teachers to SleepOut in solidarity at The School SleepOut™.

WHAT IS THE SCHOOL SLEEPOUT™?

Students, teachers and parents at public or private schools are invited to SleepOut™, to spend the night outdoors, on their school grounds, on Thursday 28 July 2016. They’ll do this in solidarity with the #4Leaders4Change who are spending the night on the Nelson Mandela Bridge.

Participants in the School SleepOut™ must identify an outreach school in need, learn about the items they need most – from food and books to clothes and stationery - and commit to gathering and delivering those items, making a difference to those in need.

Through the School SleepOut™ learners will discover empathy for vulnerable communities – and take that feeling with them into the future. It will shape how they look at the world as they enter the classroom, the lecture hall and the boardroom.

Our Media Suite Partners from Caxton Community Newspapers supported by Kagiso Media – are challenging schools across Gauteng and the rest of the country to take part and to spreading the message that #SouthAfricaMustRise.

« BACK TO CEO SLEEPOUT PAGE