Welcome to the 2019 Nedbank Golf Challenge 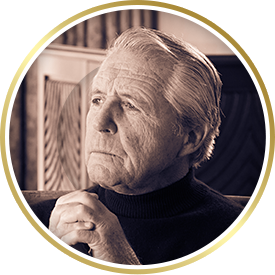 I'll never forget the moment I stood with Sol Kerzner looking at a vast expanse of bushveld and hearing him say, "Gary, I'd like you to build a golf course here".

At the time I thought he was crazy. There was nothing there. No water, and the ground was as hard as rock. But there was a vision.

This year, that vision is 40 years old as we celebrate the 40th anniversary of Sun City and the Gary Player Country Club, the home of the Nedbank Golf Challenge.

As the host of "Africa's Major" I am thrilled at how this tournament has grown from its start in 1981 to becoming one of the premier tournaments in world golf.

This year we again celebrate its status as one of the top Rolex Series tournaments on the European Tour, but with a host of new enhancements such as the increased first-place prize money, the greater number of Race to Dubai points, and a wealth of other exciting initiatives the team at Sun International have put together for the fans.

We have a strong field, and a particularly strong South African field.

I will once again be there on the first tee to shake their hands and also keep an eye on the action as I select my #StrokeofGenius.

This is undoubtedly one of the highlights of my golf year, and I know it’s the same for so many of you.

I trust you will enjoy every moment of this year’s Nedbank Golf Challenge as much as I will.